In patients suspected of a respiratory disease, the confirmation of a clinical diagnosis is often established following functional tests that can include spirometry, specific lung volumes/capacities, or both.  As in humans, the characterization of a disease model or novel therapeutic approach at the basic science or pre-clinical level could also potentially necessitate functional measurements of various nature to convincingly confirm a respiratory phenotype.

Pre-clinical lung function tests frequently involve an assessment by forced oscillation.  This provides precise and detailed measurements that are undisputed to characterize the mechanical properties of the respiratory system.  In some cases, it could be desirable to complement this evaluation with other disease sensitive outcomes or conditions to gain further insight either on the underlying mechanisms or the potential of the tested disease model or therapeutic approach at translating into something of clinical relevance.

As shown in some recent publications1, 2, combined measurements can seamlessly be done within the same subjects and experiment using a single device - the flexiVent.  In these specific studies, forced expiration and lung volume measurements were performed in combination with a respiratory mechanics assessment to further characterize a number of disease models at baseline and/or following bronchoprovocation1 or to broaden the evaluation using various lung volumes and capacities2. 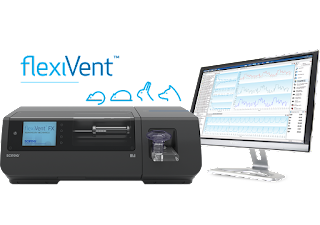 Lung function measurement is one of our favorite discussion topics. Contact us for more information.

Alpha-1 antitrypsin (AAT) deficiency is an inherited disorder, most prevalent in populations of European ancestry, and is underdiagnosed. It results from mutations in the SERPINA1 gene, leading to either a reduced level or function of the AAT protein. AAT deficiency results a variety of health issues, particularly predisposition to the development of liver and lung disease1. When exacerbated by smoking, this results in damage to the alveoli and ultimately emphysema with many of the features of COPD1.

The recently published Alpha-1 Antitrypsin deficiency, in the Methods in Molecular Biology series (Springer Protocols) provides a comprehensive background to this disease and state-of-the-art methods2, including a chapter outlining the use of the forced oscillation technique to assess lung structure and function relationships, with focus on the flexiVent3. 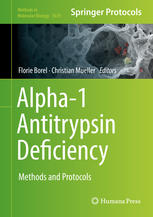 Recent years have seen exciting developments in both the development of animal models for AAT deficiency research and proof of principle studies for treatment approaches. Using adeno-associated virus 2/8 to direct gene delivery specifically to mouse lung Payne et al were able to demonstrate not only elevated serum AAT but also protection against elastase-induced augmentation of compliance – measured using the forced-oscillation technique (FOT) on the flexiVent4.

Cox et al. performed pressure-volume loops and utilised the FOT with the flexiVent to confirm the increased compliance, with LPS challenge, of a newly developed mouse model of AAT deficiency. Generated using CRISPR/Cas9 genome editing, the model demonstrates many of the hallmark features of the human disease5.

With the development of animal models which more closely resemble human disease, progress in the search for effective treatments will be greatly accelerated. SCIREQ looks forward to helping provide tools for this research.

Posted by SCIREQ Inc at 9:34 AM No comments: